How to Kiss Corporate Life Goodbye

Does the idea of a corporate gig give you that warm, fuzzy feeling? Is a raise of 6% per year until you retire to a $20 storebought cake and a Rolex your idea of financial well-being? Did you know that health insurance really isn’t all that expensive? Hey, college boy, do you run around campus to hit up interviews each spring? 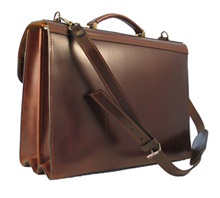 Stop already! There are tons of myths out there that protect the corporate lifestyle, but you need not be fooled. If you want to be continually robbed of your freedoms, be my guest, and don’t let the door hit you on the way out. On the other hand, if you want to know how to avoid the corporate rut forever, read on!

As long as you possess a transferable skillset, then you have everything you need to break free. Know Microsoft Office inside and out? Awesome. You can install five different CMS platforms on just about any server under the sun? Looks good to me. Got experience networking computers and wrangling broadband connections? You’re set.

What’s more, you don’t even have to be an expert at something right now in order to make a career out of it. In fact, if you’re interested in something, you should start learning as much as possible about it from this point forward. In three months (perhaps sooner), you’ll be proficient enough to spread your wings.

My point here is simple. If you can even be considered reasonably “expert” in a particular area, then there’s probably more work out there than you alone can handle. The only issue, then, is actually going out and finding all this work.

Fortunately, this is relatively easy, and it gets easier all the time.

In October of 2005, I decided to build myself a little website that combined RSS aggregation with a blog. These two elements were of great interest to me at the time, and I thought I could get local people interested in the idea of a community blog site. Enter BlogLouisville.

In the beginning, building the BlogLouisville website was basically just a hobby, but I will admit to being keenly interested in the design aspect of things. During the construction phase, I was also running a retail business that had an eBay branch, so when I wasn’t fulfilling orders, I was hacking out CSS and XHTML.

As soon as I finished BlogLouisville, I was ready for more design, as it was far more appealing than sending out feedback to people who’d sent me $7 on eBay. How far could I go with CSS? Could I ever get as good at Photoshop as Veerle Pieters or Greg Storey?

Looking back, I see that the answers to these questions weren’t nearly as important as the fact that I was interested in learning as much as possible about web design. I wanted to learn CSS inside and out; I wanted to explore Photoshop and develop as much proficiency as possible; and that’s all that mattered.

Within two months of launching my first website, I had developed a pretty decent skillset. A couple of fine folks took notice, and they asked me to design and consult on some sites. This was essentially my proverbial “snowball at the top of the mountain,” because after those two gigs, things really picked up steam.

It’s been six months since I launched BlogLouisville, and now I get at least three emails a week (lately it’s been five or more) inquiring about design work. To the casual observer, I’m sure that I look more or less like a web designer.

Truth is, I’m just making money doing something that holds my interest and keeps me inspired.

You’ve got the tools. Now what? 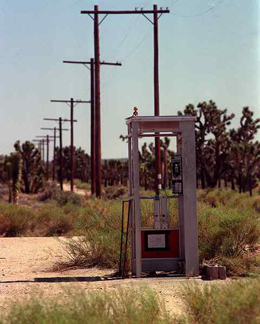 It really is all about who ya know.

In October of 2005, I didn’t know anybody. Now, I know lots of people, and those people (great folks that they are) routinely send business my direction. With a couple of notable exceptions, I have developed all of my contacts since January, and in that short amount of time, I’ve essentially built a design business.

If you’re reading between the lines, then you already see the good news here. Even if you don’t know anyone in your field of interest, you can’t let that minor detail stop you. Stick your nose out there and learn to play the part of the expert. A couple of months of networking could likely set the stage for years to come. Believe in the snowball effect, because I promise that it will happen to you, too.

Obviously, I wouldn’t be sitting here singing the praises of an entrepreneurial lifestyle unless I felt like it offered distinct advantages.

While those points above might speak to you, I know something that definitely will. In the first four months of this year, I have earned more than I did in the first six months of last year. That may not be mind-blowing, but consider this: I literally dropped everything in my old life and completely started over in August of last year. Seriously, I ran from it like it was the plague.

The only thing I took with me was a little bit of money and the idea that I was going to forge a better life for myself.

Nine months later, I have what is essentially a new outlook on life. I’m free; I’m happy; and I feel like I can do anything I want to do. Now, wouldn’t you give up your corporate health insurance for that?