How to Find Your Creative Zen

Have you ever entered a Zen-like state of productivity? You know, where your thoughts and execution seem to operate in perfect harmony with one another? It’s a place where you are literally thinking less and accomplishing more, and I’m sure that given the choice, most of you would choose to live on that edge rather than simply experience it every once in a while.

In reality, these Zen-like states are not nearly as unpredictable or as unattainable as you might think. In most cases, they occur as natural fallout from a well-constructed creative process. If you want to live on that free-flowing edge, then you must learn how to force your brain through the sequence of triggers that will result in your own cognitive Zen.

Ever read an instruction manual?

I’m sure you’ve noticed, then, that the process described therein was stepwise in nature. By design, we humans are quite comfortable with processes like this — we can easily move from step one, to step two, and so on.

Instructions, steps, order, and reason are all characteristics of the left brain. They are sensible, practical, and in many cases, obvious.

We’re so accustomed to going through life in a regimented, left-brain-dominated fashion that we seldom realize there’s an entire half of our brain being left out of the equation.

The Zen-like state feels so harmonious because that’s exactly what it is — it’s a method of operation that results from a balance between left and right brain function.

Your left brain is able to follow a process seamlessly, but the problem is that it cannot divine this process on its own. This, of course, is where the right brain comes into play.

The right brain provides the creative direction, while the left brain takes orders and executes them. If you want to operate in the Zen zone, then you’re going to have to balance right and left brain activity in order to find that harmonious flow.

What you need is a good right brain workout, and I’m not about to leave you hanging!

The Rhythm of the Cerebrum

You can fool your lazy right brain into action by exercising it. One activity that really seems to strike a chord with bloggers (and writers in general, for that matter) is stream-of-consciousness writing.

The premise here is simple: open up a secondary blog or blank word processing document, and commence typing!

As thoughts and ideas pop into your head, record them as fast as you possibly can. Hell, they don’t even have to make sense — in all likelihood, you’ll jump between topics so fast that you’ll look like Frogger trying to cross the road.

Remember, your right brain is the hub of creative thought, so if that side of your brain is controlling the writing, you’ll know because you won’t really be able to perseverate on one aspect of your central topic for too long. In fact, you probably won’t even have a central topic.

Your right brain tends to see the entire picture at once, and as a result, it cannot extrapolate minor details in an orderly fashion. If your writing comes out looking pretty refined and cogent, then that’s a good indicator that your left brain is trying to stick its nose where it doesn’t belong.

The bottom line is that your goal is simply to unleash the creative chaos in the right brain, temporarily freeing it from the suffocating bully that is your left brain.

Your left brain can’t handle the randomized signals coming from your right brain, but the fact is, Zen won’t happen without ’em! 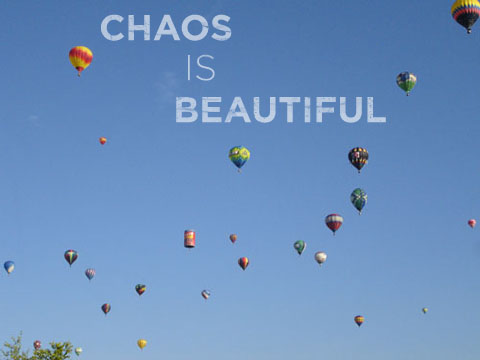 For the past few days, I’ve been experimenting with stream-of-consciousness writing, and I’ve gotta tell ya that I’m really feeling this. If you’ve been reading this site for any length of time, then you probably know that I rarely recommend you take a specific course of action…But in this case, I think I’m going to have to make an exception.

It really works. It’s like stretching before a workout.

You think a sprinter would go into a race without limbering up first?

Try loosening up with 15 minutes of this stuff in the morning, and just watch as your mental signals clear up and untangle themselves.

I swear you’ll have to go to confessional because you’ll be doing so much Zenning!