Chernobyl: A Story in Pictures 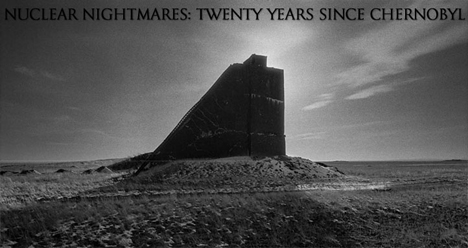 Question: Let’s say you order up a highly experimental nuclear test, and let’s take that one step further and assume that within minutes of starting the test, you’ve caused a disaster that could affect nearly a third of the world’s population. What do you do?

If you’re Russia, you sweep it under the rug. During the night of April 26, 1986, Russian nuclear officials created the exact scenario described above with the Chernobyl disaster. Although a robust 600,000 brave (ignorant?) souls, also referred to as “liquidators,” assisted in the cleanup operation, the Russian government elected not to inform people in affected areas of the potential dangers of exposure to radiation. Twenty years later, the effects are beyond tangible – many people’s lives have been both defined and destroyed by this terrible disaster.

How bad is this stuff? Check this out:

The above info comes from the powerful memorial from Pixel Press. Check it out, and be sure to read the captions on each of the pictures. If you’re not brutally offended and freaked out by the end, something’s dead wrong!